Each year, while I spend most of my time trying to tame the tsunami of new music coming my way, I also can't ignore the flood of reissues and other older sounds. Here are a few that caught my ear. 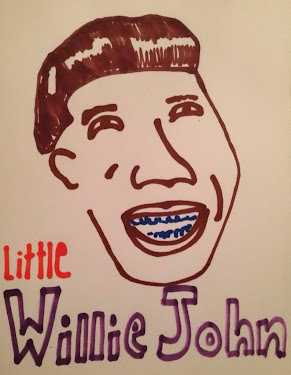 The Real Gone label has done something on the order of a public service with their Little Willie John collection, Complete Hit Singles: A's & B's. First of all, until now, no one except for John, the musicians, and the engineers have heard his songs sound so good. These are definitive remasters, crystal clear enough to hear the air in the horns, but still with the warmth of feeling that John infused into all his music. John ruled the charts and the Chitlin Circuit from 1955-1961 with such songs as All Around The World, the original recording of Fever, Talk To Me, Talk To Me and Sleep. His style was controlled and articulate, descending from Nat "King" Cole and Charles Brown, but with an injection of rawness that was very new. His persona was equal parts swagger and vulnerability - in his songs he was often controlled by his desire for the female object of desire and begging for relief or release. While some of the arrangements are made slightly cheesy by the overuse of backing singers, most of these songs are fresh and completely engaging.

John was a complex character, devoted to his family but also enamored of proving his toughness and manhood. This latter behavior got him in deep trouble and he died in prison at the age of 30. In his short career he charted 14 times and provided crucial inspiration to James Brown, who commemorated him on a 1968 album. Thanks to Stevie Wonder, who has worked with John's son Keith for years, he was inducted into the Rock & Roll Hall of Fame in 1996. As much as I dislike Jack White, I give him a nod for covering I'm Shaking, hopefully leading some listeners back to the original. This is an essential collection that pays due respect to an American original. If you want to know more, Grab the excellent book Fever: Little Willie John; A Fast Life, Mysterious Death and the Birth of Soul by Susan Whitall with Kevin John.

I went off on this when it was released, but I'm now even more convinced that Celebration Day by Led Zeppelin is firmly deserving of a place in their legendary canon, alongside other the other posthumous releases How The West Was Won and BBC Sessions. In the world of classical music, we're used to multiple interpretations of pieces, often many years removed from their composition. In a way Zeppelin bring that idea to classic rock, presenting the songs with all the passion and brilliance we expect but without nostalgia, demonstrating the continuing relevance of their work. In this way, I suspect it is unique in the history of rock music and will likely remain so for quite a while.

Their Mission, Your Trance

A recent feature in Mojo Magazine made it quite clear that even Jim Kerr and his fellow Simple Minds realize that their best material is contained on their first five albums. Or maybe they just wanted to sell a few more copies of X5, which puts all those records, with extensive bonus tracks, into to a nice (and nicely priced) little package. Combining a tough rhythm section with atmospheric keyboards and guitars and Kerr's warm but stentorian baritone, the music on these albums defines the sound of the post-punk and new wave eras and is free of the arena-ready posturing that mars much of their later work.

The amazing thing about The Lost Tapes, the staggering three CD set of previously unreleased music from Can's peak years (1968-74) is that the ratio of jaw-droppingly great tracks to frustrating and self-indulgent ones is exactly the same as it is on their classic albums. Do not hesitate.

Not many people know that Factory Records, known for such exemplars of post punk and dance music as Joy Division, New Order and Happy Mondays, was also briefly the home to a reggae band. X-O-Dus only released one 12" but it's a doozy, containing two long tracks, masterfully produced by dub specialist Dennis Bovell. The long-awaited English Black Boys collection beautifully presents those two songs as well as tracks from an unreleased follow-up album, most of which are excellent. They were developing into a band that could come hard with politically-minded cuts like the two on the 12" and also bring a deliciously light lover's rock touch to songs like If You Need My Lovin. It seems like the band atomized around the same time Factory lost interest in releasing any more reggae! but we can enjoy it now - except for the last three songs, which are real scraps and should have remained on the factory floor.

Another year and another great Lee Perry compilation from Pressure Sounds. The Sound Doctor holds 24 killer cuts, direct from dub plates and 12" singles. The sound is dense, hissy and addictive. Perhaps some of the vocalists are not the best Perry worked with, but this is in no way the bottom of any barrel. Also, thanks to Other Music, who also tipped me to the X-O-Dus reissue, I recently learned of two other Perry-related releases that demand investigation: Disco Devil and Presents Candy McKenzie, both on Trojan. The first collects 12" mixes from 1977 and the second is an unreleased album, also from 1977. Perhaps Trojan rejected it at the time because their attention was taken up by deathless masterpieces like Heart of the Congos and Police and Thieves, which Perry also recorded in that annus mirabilis.

2012 also saw fascinating collections focusing on groundbreaking work by Laurie Spiegel, whose severe electronic music was memorably featured in The Hunger Games, and Leslie Winer, one of those uncategorizable denizens of the NYC scene. However, I'll merely point you in their direction as I haven't had a chance to digest them. Besides, with the end of January on the horizon it's time to throw myself fully into the 2013 and the wonderful year of music ahead.