Take A Ride With DeSoto 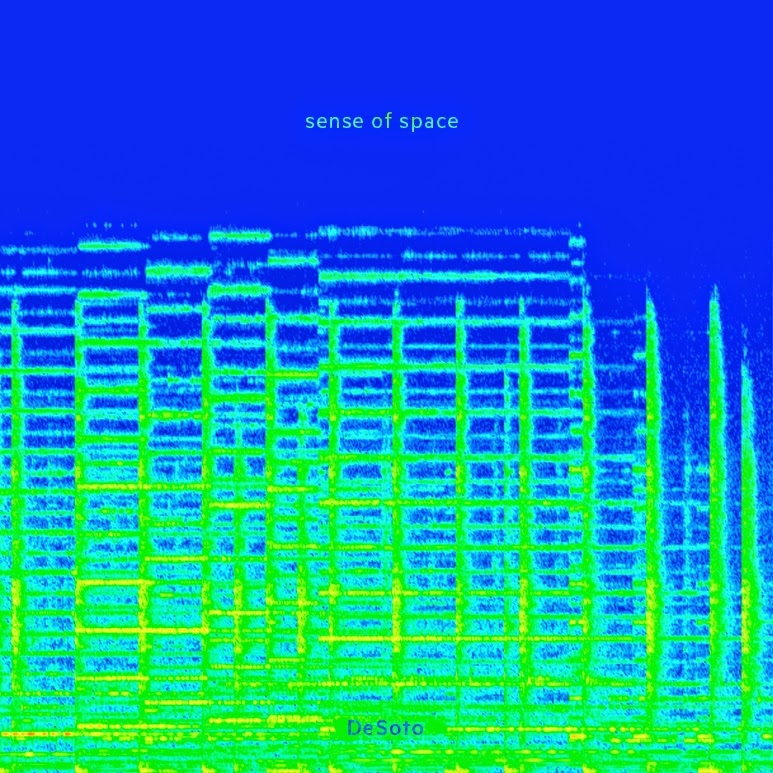 Taking a left turn can be a risk for any artist, especially one in the earlier stages of their career. But if done convincingly enough, with complete sincerity - nay, the dreaded authenticity - left turns become the career and the artist can develop a following of people who will go where they go without hesitation. I suspect that's what will happen with Matthew Silberman's new project, DeSoto.

Two years ago, Silberman released Questionable Creatures, an excellent forward-thinking jazz record featuring well-composed tunes and intense solos. There was also a cinematic bent to his approach - stories were being told through the music, sometimes illustrated with short films. That narrative thrust is the connection with DeSoto's first release, Sense Of Space, which he envisions as "A psychedelic journey down the Pacific Coast Highway while bumping The Chronic."

While the title refers to the cosmos, it's really inner space we're traversing here. The first track, It's OK To Laugh, starts with echoing chimes and a heartbeat of percussion. A woman's voice speaks to us, half heard phrases that compete with the dirge-like melody of layered oboes (played by Rob Mosher), sometimes answered by a robotic voice. The phrases rise in the mix and gradually resolve into the statement that "We're just high-tech monkeys hurling through space at 1000's of miles per hour on a big wet rock..." OK to laugh? Is there really any other response?

Glowing Grey's clanking percussion starts up like an old train, soon joined by flute and Silberman's elegiac sax, slightly reminiscent of Vangelis's sleazy Blade Runner soundscapes. The drums pick up steam as the song progresses, slowly accreting to an almost funky, tribal beat. Silberman shows some real studio chops here as his sax seems to shoot of streams of sound that echo through the mix. Martial Meditations is almost purely ambient, but melodic like something from side two of Bowie's "Heroes." There's just a touch of day-glo Miami Vice aftermath to it - the shootout over, Crockett and Tubbs observe the wreckage - that injects some welcome levity.

Tripped brings the beat back, a rainswept slow jam that Creed Taylor could get behind, while Ancient Dialogue features found vocals and goes full-on drum'n'bass with buzzing snares and jackhammer bass drums. Roni Size - the field is yours to regain! Tree In The Wind is the sound of hope after rain, plucked harmonics and suspended chords inducing a sense of calm and uplift.

But it's not so simple. Wednesday brings a sense of uncertainty, with a spare groove, multi-tracked saxes and questioning chords. It builds to a kind of a crescendo, the drums beginning to slam, and then deliquesces, each instrument taking its leave, leaving you with you. But are you the same?
Posted by Jeremy Shatan at 12:30 PM