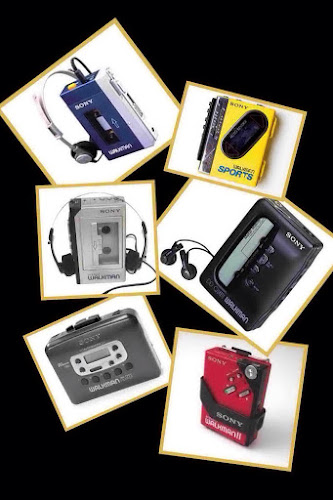 1. The Walkmen - Heaven I've been along for the ride with Hamilton Leithauser & Co. since the first album and it has been a joy to hear them grow. Each album has expanded on their sound and explored further reaches within it. Even in the context of their progression, Heaven is a bold and startling leap forward. Perhaps touring with Fleet Foxes (and working with their producer, Phil Ek) gave Leithauser the confidence to wipe away the reverb and just sing out. His crystal clear tenor perfectly embodies songs that, for all their individuality, touch the elemental core of why we sing in the first place, and the band plays with a sizzling passion. There's something elemental about Heaven that looks back to bedrock artists like Buddy Holly - and even further back, to the earliest troubadours. The Walkmen connect with the lifeblood of music and directly to my heart.

2. Breton - Other People's Problems These brilliant 21st century art-rockers have given their all this year, touring extensively, releasing this dark (but never despairing) and often funky album, the terrific Blanket Rule EP, and ending the year with a killer single, Population Density. Can't say I'm sure why they remain cult-bound in this country, but it is certainly not because I've slacked on spreading the word. Get the memo.

3. Father John Misty - Fear Fun It was a great moment when the first video from this transcendent album dropped into my iTunes. All those Dum Dum Girls tracks Sub Pop had been foisting on me were quickly forgotten when I got a taste of J.Tillman's new persona. Bitingly witty and with the best singing and songwriting of his career, the new name seems to have begotten almost an entirely new artist out of whole cloth. The hip-shaking, slightly pissed off Misty also deserves to be called Performer Of The Year - catch him if you can. And I was having so much fun singing along to I'm Writing A Novel that I barely worried who was going to be the new sticks man for my beloved Fleet Foxes.

4. Frank Ocean - Channel Orange Deep and delightful, dirty and sublime, this album singlehandedly redefined modern R&B. It's also a unifying force, appearing on more year-end lists than any other album as far as I can tell. Sometimes you just can't argue with ubiquity. One caveat: the first time I listened to the hamhanded Super Rich Kids was also the last.

5. Jeremy Denk - Ligeti/Beethoven Programming concerts and albums to cause communication across the centuries is fairly common practice these days. Denk just follows through on the concept in more dazzling fashion than most. Somehow he gets Ligeti's ultra-knotty Etudes to breathe, and their twists, turns and spikes prepare your ears to re-experience Beethoven's Sonata No. 32 with an alertness to every detail. When the Sonata ends and we are returned to Ligeti's world, it seems perfectly natural for both composers to occupy the same universe. It's a journey you'll want to repeat.

6. Domenico - Ciné Privé Miguel Atwood-Ferguson has his hands in so many things that it should be no surprise that he was my introduction to this bewitching Brazilian musician. Spare yet immersive grooves limn relaxed vocals that speak to me regardless of any language barrier. Members of Wilco guest on this fantastic album, which was recorded some years ago but is just now getting a U.S. release featuring Atwood-Ferguson's string-bedecked remix of Receita.

7. Killer Mike - R.A.P. Music This is the album us die-hard Killer Mike fans have been waiting for since his OutKast-assisted debut back in 2003. Bona fide block rocking beats from Brooklyn's own El-P provide the perfect foundation for Mike's raps, which range from heartfelt to enraged. His demolition of Ronald Reagan's legacy is so complete that when he points out that the ex-President's name is (numerologically speaking) the number of the beast, you just nod your head. Hopefully all the attention R.A.P. Music is getting will shine a light on PL3DGE, his last album, which was nearly as good.

8. Bob Dylan - Tempest I literally feel pity for those whose inability to tolerate Dylan's current voice(s) is preventing them from hearing the mastery at work on this bloody-minded album. As the man himself puts it in Narrow Way: "If I can't work up to you, you'll surely have to work down to me someday." Don't just take Bob's legendary staus for granted, open your mind and ears and experience it for yourself as it's happening.

9. The Darcys - Aja In which the Toronto band remakes Steely Dan's multi-platinum masterpiece in their own image. It's an act of homage that dismantles the object of The Darcys affections, exposing the darkness at its core. When I asked lead singer Jason Couse if Becker and Fagen had heard their baby's new incarnation, he was only able to report that a Dropbox had been accessed by Becker's assistant. Hopefully they "got the news" by now. You can get it for free.

10. Talea Ensemble - Fausto Romitelli: Anamorphosis In concert after concert around the world, this adventurous and virtuosic group is bringing the composed music of our times to full-blooded life. Their debut album features world premieres of five pieces by Romitelli, who died at 41 in 2004, all played to perfection. On February 4th, 2013, Talea will be paying tribute to patron Ralph Kaminsky, alongside other new music luminaries including Alarm Will Sound and the JACK Quartet, at Merkin Concert Hall. I wouldn't miss it!

Still to come: Best Of The Rest and Out Of The Past (reissues and other older sounds)
Posted by Jeremy Shatan at 12:33 PM