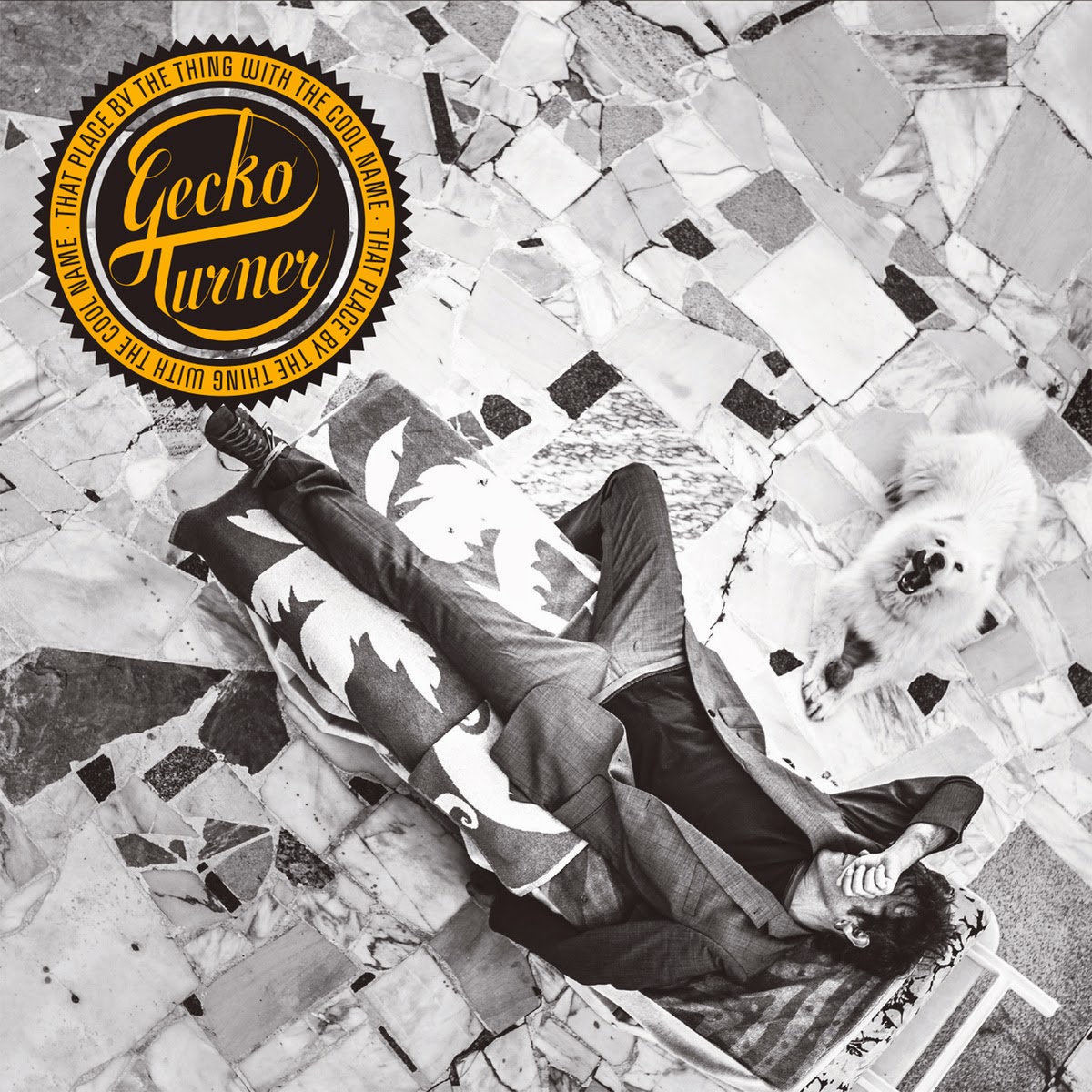 Some of my earliest musical memories are of the Cuban drummers who used to play in Central Park all summer long. The sounds would drift up to my 11th floor aerie, forming an ambient bed of rhythm on which to fall asleep. Many of the drummers were recent immigrants, forced out by Castro's revolution and seeking a better life in NYC.

The percussion circles made music strictly for themselves, tapping into long-held traditions that were ingrained from an early age, and they merged into my musical DNA alongside The Beatles, Pete Seeger and other household music.

While my musical taste is now extremely eclectic and spans the distance from the cerebral to the cacophonous, I reserve a special place for people who could sit in with one of those Cuban drum circles and be instantly locked into the groove - and just as quickly be accepted as one of them. Leon Parker has it. Of course the Buena Vista people had it. And Gecko Turner, the Spanish shaman who just released his fourth album, has it.

Gecko Turner has been plowing his singular furrow for more than a decade. His first album, Guapapasea was a shot across the bow, featuring breezy covers of both Bob Dylan and Bob Marley, and two politically charged songs, Didja Black Up Today, and Guapapasea, which sardonically celebrated the dead end lives of teen prostitutes in Portugal ("Guapapasea" translates as "beauty walking," which is what people shout when one walks by). Somehow, Gecko's light touch and musically omnivorous approach prevented any of this baggage from feeling at all weighty.

Chandalismo Llustrado was the second record and had no big baggage at all, just a pure exploration of groove-based songs, some tinged with heartbreak, all put forth in the relaxed fashion of a master. Songs like Monosabio Blues were deeply rhythmic dance floor devastators and the finale, Jogo De Calidade, was a samba march that practically ordered you to get down.

Over the course of the two albums you become fully acquainted with Gecko's voice, which can be sweet like a Brazilian crooner, when he pushes it up into his higher range, or a gently graveled croak when he talk-sings. The lasting impression of the one-two punch of those albums is that Gecko is all about creating an environment where he can be purely himself, without any concerns about genre, radio play, or the demands of the music business.

While a steady stream of stunning remixes (some of the best are collected on Manipulado) kept me happy over the next couple of years, it would be five years before Gecko released Gone Down South, which I compared to a "mainline dose of Vitamin D" and named one of the best albums of 2011. Perhaps his most delightful record, Gone Down South also had Gecko singing better than ever, with the flexibility and phrasing of a mid-sixties Miles Davis solo, all slurs and elisions. Widening his palate further, there were traces of Motown in the mix, as well as folk and pop.

Aside from a few more remixes and some cute videos, Gecko went quiet again until just recently. When he leaked the first track from his new album, That Place By The Thing With The Cool Name, he told me on Facebook that he would be touring and doing radio appearances, including  a stop in New York. I insist that you all join me at whatever venue he books - doctor's orders, as this is a prescription for pure pleasure.

You can start dosing yourself immediately by putting the new album in high rotation. That Place... starts, appropriately enough, with the drums, a tidy little rhythm that leads to an an ultra-cool jam, with Fender Rhodes chords, gentle whoo-whoo backing vocals, and even some tasty Walter Becker guitar licks. I'll Do That is a smooth as silk opener and the perfect way to ease into the world of Gecko. Like all of his albums, the sound is warm and organic but with a crystal-clear studio sheen that puts all sounds in a three-dimensional aural space. Bee Eater is hypnotic and will have you nodding your head and chanting "Take me to Africa...then back home." So it's classic Gecko from the jump, but also feels slightly more expansive. Bee Eater has two sax solos and more complex horn figures - jazz is definitely higher priority here.

Corazon de Jesus is sunshine folk-pop with a Latin tinge. This is the side of Gecko that is seeking answers and solace, and he finds it in a gentle dialog with his backup singers. The introspection doesn't last long, though. Chicken Wire is a party, with whip-sharp drums, wah wah guitar and a slinky disco bass line. You will dance wherever you are. Just as it comes to a head it slams into a stutter-step coda that should make for some interesting moves on the floor. Medium Rare puts me back in Central Park, all percussion and incantory vocals, but it's just a fragment leading to Did You Ever Wonder Why?, another jazzy treat that's lighter than air, even if he is singing about Machiavelli and the pot calling the kettle black.

Here Comes Friday is a sweetly melancholy paean to the end of the week, lushly outfitted with strings and flute, and I think I'll be singing it every Thursday for the foreseeable future. Oye Muchacha is a funky little sketch, like something the JB's would warm up with - pass the Spanish peas. Extremely Good brings some reggae flavors and Little Sonny is stripped down to two chords and minimal percussion. Juanita has even more space, with a little built-in hesitation in the beat, Benny And The Jets style. I'm not 100 percent sure, but I think Juanita done Gecko wrong and all I can say is How could you?!

Gecko doesn't dwell, however - he dances away the pain. Rockin' Diddley is almost comically high-spirited, but stays to the right side of silly. The piano sparkles like a Fania record, someone blows on a flute, and the trombone tells its own little story.

Gecko has some new tricks up his sleeve, too. This Is The One comes from a place of deep calm, with hints of Lou Reed, and features an epic shimmer - and tympani. Those big drums lead directly into the last song, The Strange Adventures Of Two Runaway Elephants In Kentish Town. The wayward pachyderms are represented by saxophones playing intertwining solos over piano and tympani while sleigh bells and a shaker keep time. Coltrane seems to be observing approvingly from a distance but you will be right there, breathing along with Gecko.

The Place By The Thing With The Cool Name takes a firm place in Gecko's pantheon of life-giving musical pharmacology. It feels a bit more substantial than Gone Down South so it could be a longer acting dose. You may become addicted, but you can't OD and there are no side effects. So take your medicine and I'll see you at the show.
Posted by Jeremy Shatan at 5:36 PM